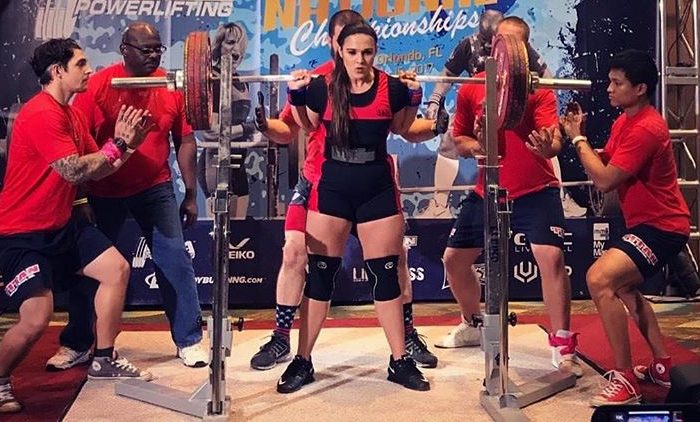 Amanda Lawrence And The Road To 600

There’s an old saying ‘If you can’t make it look easy, you’re not good at it’. Although I am not sure whether it’s an actual saying or not but it is true as hell. And no one is making a 500-pound squat look more effortless than Amanda Lawrence. She is a 21-year-old powerlifter from Minnesota USA, who specialises in breaking lifting records.

She rose to fame during the USAPL Med city raw open, where she broke the American squat record for 185 pounds (84 kg) class. She performed a 295 pounds (225 kg) squat, which is also an unofficial IPF world record.

Since then she has lifted way more than her official record going well beyond 500 pounds. In a clip on her Instagram account, she has lifted a 535 pounds deadlift and an insane 545 pounds squat for 3 reps. However, her heaviest squat is at 585 pounds for a single rep, with a belt. Her deadlift too is hovering around 535-545 pounds. And she has also slain an inhumane 600 pounds in the gym with a belt and straps.

Her goal is to lift 600 pounds officially and we might see just that at the upcoming 2019 Arnold sports festival. However, she herself has denied any particular time frame during which such a thing might happen. Amanda also holds a bachelors degree from Biomedical Science.