The 25-year-old powerlifter, Jamal Browner (@jamal_b15), recently suffered a minor injury during a deadlift. Jamal competes in the 110 kg class and is regarded as one of the best at raw deadlifts. What’s surprising is that Jamal reached his PR numbers in squat and bench-press but fell shy of 1000 kg/ 2204 lbs. total during […] Lifting 11 times the total of your body weight is an amazing feat of strength. Over the years, only a handful of athletes have managed to accomplish this. Additionally, lifting almost the same weight in squat, deadlift and bench-press is another super tough task, accomplished only by the most elite of athletes. And Eddie Berglund […] 18-year-old Jackson Powell broke the teen super heavy world record by lifting a total of 2045 pounds or 927.5 kg including a 410 kg / 900 pounds squat. To put it into perspective, doing a 600 pounds squat requires years of training, well-balanced nutrition, high-recovery and consistency. Jackson Powell: 900 Pounds Squat And Then Some […] 1 year into powerlifting and already beating the European deadlift record! Second competition in and Muluh rounded up the day with a 230kg / 507lbs deadlift with is an unofficial European record.  Saturday was an amazing day. Being ready to lift my 3rd attempt without knowing what I was going to lift, it made me […] “Memes are not the solution said no one ever. I have gone through the absolutely worse imaginable scenarios with nothing but a good training session and some equally satisfying memes. Since I know all of you bench heavy daily, you probably won’t take training advice from me. However, when it comes to memes, I will […] Kelly Cartwright was 15-years-old when she lost her right leg to cancer — but she eventually became a champion runner representing Australia on the world stage, and even competed in powerlifting in this year’s Kelly talks about her life experiences and why she celebrates the date she lost her leg to cancer. People are already discussing what Hafthor Bjornsson will total at the WRPF Thor’s Powerlifting Challenge. What numbers do you think he’ll hit at the meet? “News of Thor’s participation has set the internet alight with speculation about what numbers he might achieve. While we’ve never seen a video of him maxing out on bench press […] 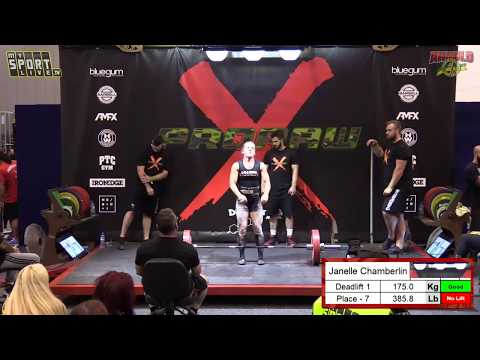