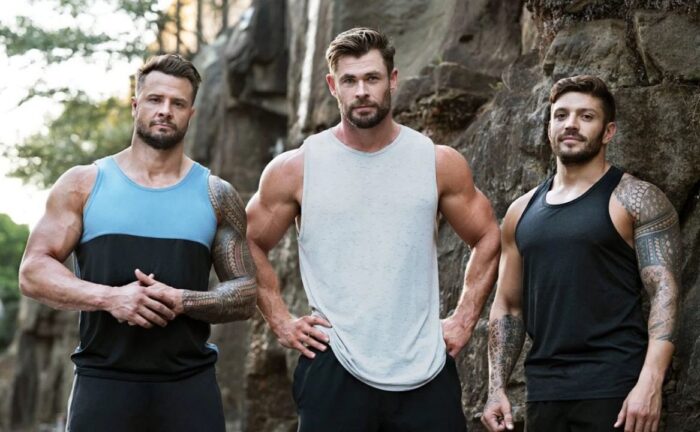 In a recent interview with the INSIDER, Chris Hemsworth’s @chrishemsworth Thor trainer Luke Zoochi, thinks Creatine and Whey Protein are a waste of time if you want to build muscle and burn fat. For the uninitiated, Zoochi is the guy who owns the “Centrfit” health app which lets people “train like Chris Hemsworth.” Zoochi also trains Hemsworth’s stunt double who also looks quite similar, in terms of muscle mass, to the Hollywood actor.

In a recent interview, he revealed his thoughts about Whey Protein and Creatine specifically. “If you’re trying to bulk up like the actor, you don’t have to spend money on supplements like protein shakes to get the gains you desire,” according to Luke Zocchi.

“Eating good food and having a calorie surplus is more important,” said Zoochi.

He mentioned that Chris Hemsworth built most of his muscles using a combination of “good nutrition” and a well thoughtout workout regimen.

Is Creatine And Whey Protein Really A Waste of Time?

What Hemsworth’s trainer said is “technically correct” because getting your protein from natural sources which also have a flurry of micronutrients is better than a standard protein shake.

However, his stance on protein shakes and creatine being a “waste of time” is totally incorrect. Protein shakes save people a lot of time. Chris Hemsworth has one job, to look jacked in a movie, and therefore he can afford to spend most of his daily time getting his nutrients from whole foods.

But people have a lot of different jobs, they might work in accounting, as a plumber, or woodcutter or as a carpenter and many more. And trying to plan a protein-rich meal four times a day and having the time to consume it is difficult, to say the least.

Meanwhile, a protein shake can help reach your daily macro in a matter of minutes. Likewise, many people are vegetarians and cannot eat meat to fulfil their Creatine requirement. Therefore, supplementing with Creatine is the best thing to do.

Also, the Centrfit app is known for misleading the results you can get with their routine. One of the most hilarious Instagram posts was when they claimed that Chris Hemsworth’s stunt double gained 22lbs of muscle and achieved 5% body fat in just 8 weeks. They did so without mentioning the use of Gear or any other genetic benefit the guy might have.

So overall, don’t listen to Chris Hemsworth’s trainer, he just wants to promote his app by any means necessary.