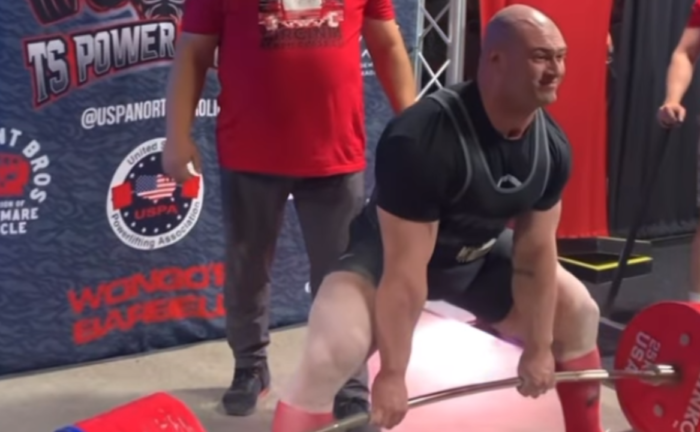 FUS Marine Corps Sergent, Danny Grisby @dan_grigs, recently made history by pulling off the heaviest deadlift in the history of the sport. While doing so Danny also broke a decade-long record set by Benedikt Magnusson.

For the uninitiated here’s some context, at the USPA powerlifting meet, Danny performed a 1025lbs / 465kg deadlift breaking the previous deadlift world record of 1015lbs / 460.4kg held by Benedikt Magnusson @benni_magnusson, which he secured during a deadlift meet.

An even heavier, 1105lbs / 501kg deadlift record belongs to the strongman turned boxer Hafþór Júlíus Björnsson aka “Thor” @thorbjornsson However, he made his record during the world’s strongest man event on May 5, 2020. The rules of a strongman competition are fairly different from a powerlifting meet. For starters, Thor was wearing a deadlift suit and straps. Additionally, the bar used was a Rogue Ohio Deadlift Bar with a 27-inch thick diameter and a tensile strength of 190k psi.

Bodyweight is also an important factor in powerlifting and according to Openpowerlifitng.org, Danny weighed 268.5lbs / 121.7kg when during the Bucked Up Showdown powerlifting event held in September 2021. His exact current weight is unknown however he’s competing in the 308lbs / 140kg category.

Another reason for powerlifting fans to get excited is the fact that the record-breaking season is not yet over. Another equally capable powerlifter, Jamal Browner @jamal_b15 is also on his way to deadlift 1000lbs / 453kg very soon.

With a huge lineup of events set for this year, it really is the best time to be a fan of this sport.