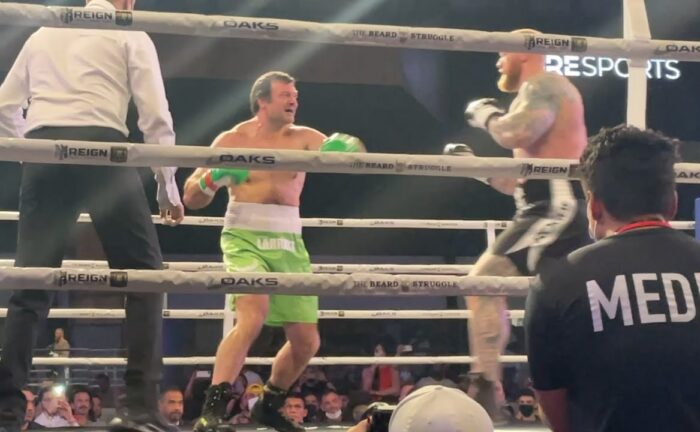 Eddie Hall @eddiehallwsm recently gave his reaction to Hafthor Thor Björnsson Vs. Devon Larratt boxing match, after recovering from his bicep injury. Thor @thorbjornsson won the fight against the arm-wrestling champ Devon Larratt @devlarratt held on 18 September 2021 via technical knockout (TKO) in the first round. However, Thor’s win failed to impress Hall, who was initially supposed to fight him but couldn’t due to a bicep tear injury while training.

Commenting on Thor’s winning announcement, Eddie Hall wrote on social media: “Well done Thor for beating an old man up with 5 weeks of training.” Hall is referring to Devon Larratt as the “old man,” who stepped in at the last minute to fight against Thor. Hall live-streamed his reaction to Thor’s fight on YouTube. Hall also judged Thor on the technicalities of boxing and wasn’t impressed by the latter’s performance. Hall also labelled Larratt’s squared stance as “dangerous” and his overall movement as “sloppy.”

The Beast Reacts To The Mountain

Devon Laratt is 42 years old meanwhile Thor is almost in his prime at 32 years old. The age difference clearly worked in Thor’s favour during the match. Additionally, unlike Thor, who is a strongman, Larratt is an arm-wrestler. On the other hand, Eddie Hall is on an equal footing with Thor. Both hold the title for World’s Strongest Man and were training for quite some time.

Known for their immense strength, both athletes had a “strongman” physique. However, Thor and Hall leaned down for their upcoming match focusing more on endurance and agility over explosive strength. Thor had 18 weeks of training to back him up compared to a mere 5 weeks for which Larratt trained to get ready for the fight.

“That’s nothing to be proud of on Thor’s behalf. Not impressed with that, to be honest,” said Hall. He also mentioned that if Thor continues to fight in the same way, Hall would easily score a win against him.

The Beast Vs The Mountain will hopefully take place sometime around March 2022 according to Core Sports CEO Don Idrees. Hall also told his audience that he’ll be back in training very soon, sparring with real fighters. 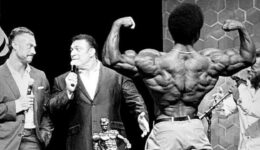 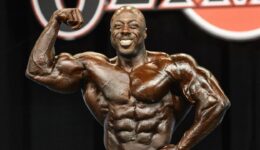