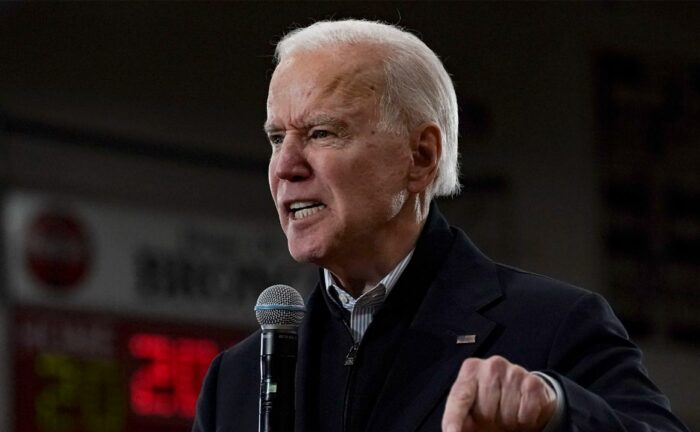 The 46th President of the United States, Joe Biden, made it mandatory for every employer with over 100 employees to get their workers completely vaccinated by September 18, 2021, or face up to $14,000 in fine or more punishments. The mandate covers over 100 million Americans including everyone who does any sort of business with the government. If any worker refuses to get a vaccine, due to medical or any other reason, they’d need to undergo testing every week to make sure they are free of COVID.

Many blue states including New York, California already require their citizens to produce a verification document proving their vaccination in order to eat at a restaurant, enter inside a building, and most importantly, go to the gym.

Many constitutional scholars and lawyers point out that Joe Biden is using “Rule by decree” to bypass the legislative branch of the government, i.e. Congress and make his own laws.

The new vaccine mandate does not take into account if the person has a pre-medical condition, any religious beliefs or other ailments that could affect their health upon vaccination. As a result, an unvaccinated worker needs to get tested every week for COVID and submit their proof. Failing to comply with one of these will result in the employer receiving a $14,000 fine.

The general response of the American public is not positive in the wake of this announcement. Every YouTube video trying to praise Biden’s new decision has massive dislikes and a comment section filled with people expressing their anger.

To oppose the vaccine mandates, Republican states and conservative media outlets, including The Daily Wire Show @realdailywire, hoster by Ben Shapiro @officialbenshapiro have decided to not comply with Joe Biden’s new order. Conservatives groups across America are staffing up their legal team as they prepare to sue the Government.

Tim Pool, host of the TIMCAST IRL podcast, pointed out that the vaccine mandate does not apply to the United States Postal Service workers. Dave Partenheimer, a USPS spokesman also said that “The COVID-19 vaccination requirements included in the White House executive order issued on September 9, 2021, for federal employees do not apply to the Postal Service,”

However, according to the New York Post, as per a revised briefing from the White House, USPS workers are not exempt. Vaccine mandate for USPS employees remains a hot topic because workers will most likely quit if they’re forced to take vaccines, Biden knows this and hence the tip-toeing, said Tim Pool @timcast.

The orders look forced in wake of new reports claiming that a huge majority of Americans already have natural immunity and that the efficacy of vaccines is getting low for old people. More than half of the United States population is already vaccinated and vaccine approval is high amongst both sides of the aisles. However, mandating vaccines would result in a flurry of lawsuits from everyone who hates authoritarians. And last time I checked, no one likes forced mandates in America.