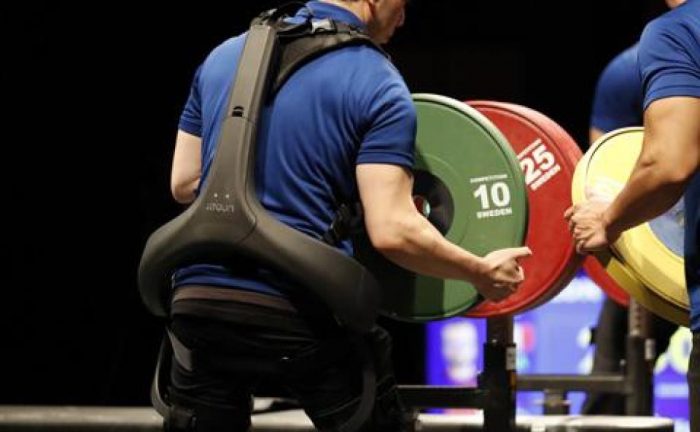 Panasonic exoskeleton to suit up for World Para Powerlifting events

Panasonic’s powered exoskeleton is going to World Para Powerlifting (WPPO) events and the Tokyo 2020 Paralympic Games. The wearable Atoun Model Y Power Assist Suit will be used not by the athletes, but by loaders and spotters who have to handle the weights for over 180 powerlifters.

While watching an athletic competition, it’s easy to think that it’s only the athletes who are doing all the sweating and straining. But in any, except the simplest of games, there are going to be support people behind the scenes who are doing a lot of heavy lifting. This is especially true in powerlifting, where someone has to set up the weights for the lifters and then make sure that they’re safe.

Para-powerlifting is a bench-press competition that’s been developed for athletes with lower-limb disabilities. This includes 10 weight classes for men and women, and in large events the spotter/loaders handle weights between 10 and 50 kg (22 and 110 lb). Some of the athletes may lift three times their body weight during the competition, but the spotter/loaders can heft a cumulative 8,650 kg (19,070 lb) – and that can put a lot of stress on the human body.

Panasonic says that the Model Y improves the safety and precision for putting on and removing weights from bars, speeds up weight swapping, puts less of a burden on loader/spotters, and gives the competitors a better sense of safety.

First released in 2018, the battery-powered Model Y looks like an upside-down Y made out carbon composites and is worn strapped to the user’s chest and thighs. It has two independently-controlled electric motors that generate a force of 10 kg (22 lb), while sensors monitor how the user is moving and synchronizes the motors to provide support and counter the potentially damaging stresses.

In operation, the Model Y has three automatic modes. The Assist mode helps the user to straighten from a bending position, the Walk mode puts two motors on standby while the user moves from one place to another, and the Brake mode supports the waist while putting a load down. 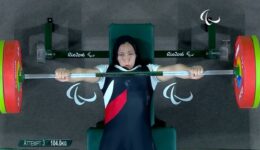 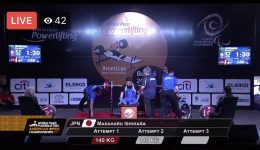 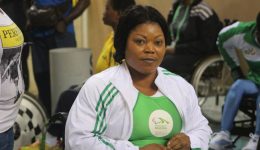