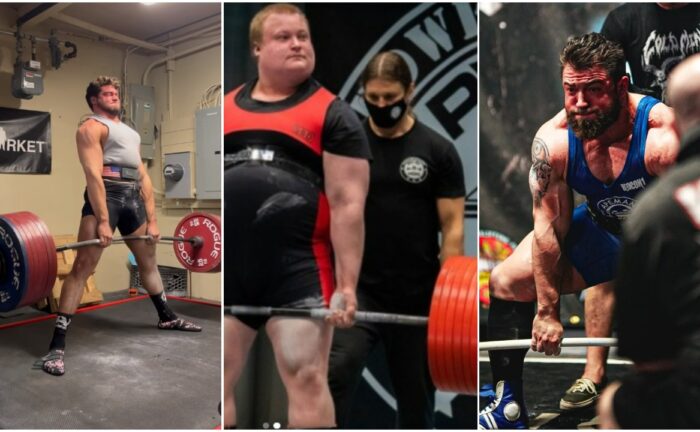 Performing your best during an official meet takes a lot of strength, discipline, and mental fortitude. It is not the same as lifting in your local gym as the pressure and intensity in such situations are way high. The young athletes we are taking a look at today have a huge potential.

Based out of Minnesota, USA Yehia Aboelnaga recently gave his impressive performance Minnesota Junior Open and Master State Championships. He did gain some weight since his last performance in October 2021 at the Texas State Championship but the gain in his numbers was very significant. At 22 years old, Yehia Aboelnaga currently holds a 1890lbs (857kg) RAW total in which he has a 699.9lbs (317kg) squat, 462.9lbs (210kg) bench, and a 738lbs (334.5) deadlift.

From US Virgin Islands, Gavin Adin @gavin_adin, a 23-year-old powerlifter, dominates the world stage with his beastly strength. And his 1857.4lbs (842kg) total is indicative of that fact. Gavin achieved his latest RAW total competing at the Classic & Equipped National Championship held in February 2022. The amazing part is that he achieved his total while competing in the Open category and instead of the Juniors’. In terms of specifics, Gavin has a 705lbs (319kg) squat, 474lbs (215kg) bench, and 705.4lbs (320kg) deadlift to his name.