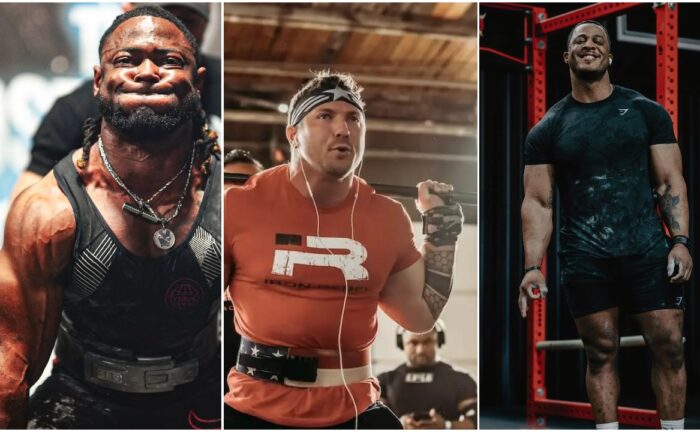 We recently compiled a list of some of the best men and women powerlifters in the world in the Juniors category. We ranked the male on the basis of total and female athletes on the basis of their DOTS score in the Raw and Equipped categories.

For the uninitiated, DOTS is a scoring system that takes into account an athlete’s weight, gender, the type of event they compete and some additional information to calculate a comprehensive view of their performance.

Today we’re taking a look at some of the best Male powerlifters so far in 2022. Just like our previous lists, we’ve compiled this one on the basis of their DOTS number. With that said here are the Top 5 Male powerlifters in the World in 2022.

We’ve covered John Haack @bilbo_swaggins181 in the past on our website. Hailing from Florida, USA last year he dominated the Bucked Up Showdown Powerlifting by scoring a 2216.7lbs (1000.5kg) total at a 197.3lbs (89.5kg) body weight. During the same event, John pulled 887.3lbs (402.4kg) deadlift, which is absolutely insane. Even more impressive is the fact that in January 2022, he broke his own deadlift record by lifting 903.9lbs (410kg) in the 220lbs (100kg) weight category. Both of his lifts were RAW, making his feat even more remarkable. His latest DOTS score is 630.87, which is one of the highest in his segment.

Next on our list is Robert Paxson, who holds a very interesting lifting record, to say the least. His latest DOTS score is 612.77. He achieved 1978.6lbs (897.4kg) total with a 179.4lbs (81.37kg) body weight, which is super impressive. However, the second last appearance was way back in 2018 during the PA State Championships. Since then his numbers have improved massively. For example, in 2018 he opened his lift with a 600lbs (272.15lbs) squat but in 2022 his starting weight in the same lift was 711lbs (322.5kg). Here’s to hoping Robert continues to bring his top game at the upcoming events.

Hailing from Florida, USA Jawon @majin_avenger is known for his explosive performance. During the latest Ghost Clash, he secured a 1890.4lbs (857.4kg) total at a 178.8lbs (81.10kg) body weight, making him the lightest lifter on this list. Since last year, he has added 50lbs (22.6kg) to his total while losing 7lbs (3.17kg) from his body weight. Jawon now competes in the 181lbs (82.1kg) RAW class and is probably one of the lifters in this segment.