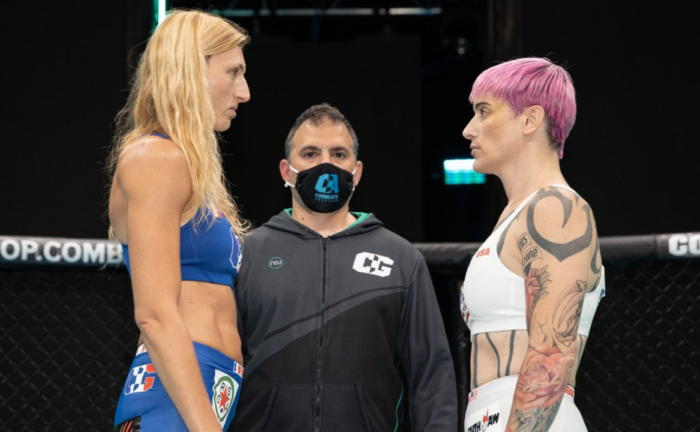 Trans MMA Athlete Alana McLaughlin won her MMA debut against Celine Provost hence sparking a debate over the topic of “Fairness Vs Inclusivity.” We recently saw Laurel Hubbard, a Transgender weightlifter competing in the women’s category at the 2020 Tokyo Olympics.

Although both sports, weightlifting and MMA, require strength, it’s the latter that can potentially become life-threatening if one of the opponents is too powerful. And in the case of Transgender MMA Fighter Alana McLaughlin Vs Celine Provost, critics argue that the former holds an unfair irreplaceable advantage.

During an interview, McLaughlin said that prior to HRT (Hormone Replacement Therapy) she used to deadlift the backend of a car, bench-press over 136kg / 300lbs, run a mile in 6 minutes and perform other impressive feats of strength. After HRT, she is not anywhere near as capable.

Derek from the MPMD YouTube channel broke down the scientific facts regarding HRT and laid down some inherent biological advantages that McLaughlin has. “Anybody who exposes themselves to transition level hormone exposure of anti-androgen and estrogen, you’re going to see a significant diminishment in performance metrics,” Derek said. “But again does that completely eliminate the advantage you’ve [McLaughlin] developed from Androgen exposure from three decades for increased bone mineral density, for myonuclei being banked up, for motor unit recruitment, f*** no dude,” Derek further said.

From an ethical standpoint as well, some people argue that it seems immoral for a Transwoman to beat up women in combat sports. Matt Walsh from The Daily Wire blamed the management including the announcers of the fight for complying with the entire situation.

Furthermore, McLaughlin also said that it was a nightmare to find an opponent who’d agree to a fight. Her main response to the accusation that she’s cheating is that she also got beat up during the fight. Critics point out that during the fight McLaughlin did take more punches from Celine but ultimately powered through them because of her biological advantage. Meanwhile, Celine took few shots and ended up in a chokehold, ultimately losing the fight.

According to Florida State Boxing Commission, McLaughlin passed all the necessary tests. But Derek argues that even the baseline acceptable Testosterone level for trans athletes is much higher than what a biological Woman can achieve naturally. McLaughlin’s T-levels aren’t enough to make her compete with a male, but still higher than the average female. A separate category for trans-athletes would ultimately do justice for everyone involved, critics argue.

Whatever might be the case, the issue is a heated one. Experts argue if we do not find a solution to this problem it could be the end of women sports.