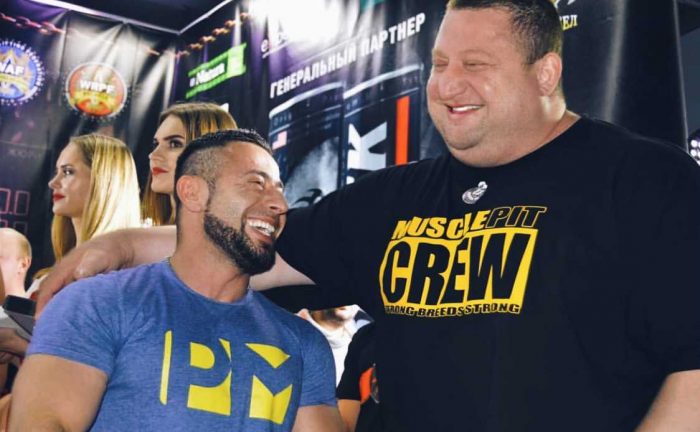 Vlad broke the all time world record squat twice in a single meet.

Earlier this year, Vlad squatted 1,157 lbs, then for about two months he was out of business due to injury in his leg. Luckily he recovered fast and on December 23rd he attender the Adrenalin Grand Prix in Minsk, the Belorussian capital under the WRPF Belarus and WRPF.

The meet was organized by the strongest bencher in Belarus, Roma Eremasvili and hosted by the legendary Misha Koklyaev.

Check out his video below.

The president of the WRPF – Kiril Sarychev was also cheering in the crowds.

Recall that Alhazov held the IPS world record for the equipped squat with 1250lbs. Unfortunately, he suffered a terrible knee injury during his attempt to squat 1 300lbs at the Westside Barbell training ten years ago. Alhazov underwent a full knee reconstruction and it wasn’t clear whether he will be able to lift ever again.